Women's Sports Over the Years 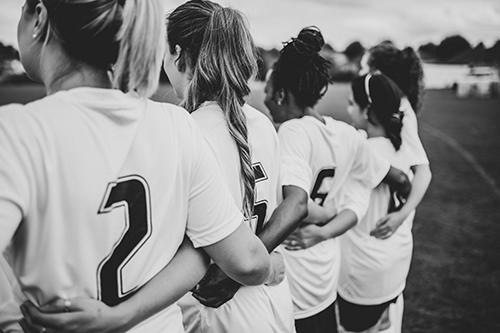 Over the years, women’s sports have incorporated important changes. There was a time when girls sports had physical exertion limits. An example was the special rules for girls’ basketball. Each team had six players rather than the normal five. Three played only offense and three were just defensive players; they couldn’t cross the half court line, apparently to limit excessive running.

Today girls and women’s sports such as soccer, volleyball, basketball are played under the same rules as males. The removal of activity restraints was an acknowledgment that girls are capable of and benefit from strenuous competition provided there is player equality.

Duke University did a study of male and female performance in various track and field events. The study found that biological males were physically dominant in all events evaluated. One example: the 400 meter world champion woman’s best time in 2017 was exceeded by 285 boys aged 17 and under; 4,341 adult male sprinters bested her time.

Redmond Councilor Clark-Endicott’s support for the South Dakota legislature’s bill allowing biological girls only in girl’s events is entirely reasonable. Those whose frame of reference is gender ideology, identity politics, cancel culture and group think, however, find the councilor’s position unacceptable, or as this newspaper implied (Mar. 11), transphobic. Putting aside the unfortunate name calling, the basic question is this: should a small group of competitors be given unfair advantage while casting aside the wishes and desires of a much larger group of competitors? The councilor and South Dakota correctly say no.