Trump will get my vote 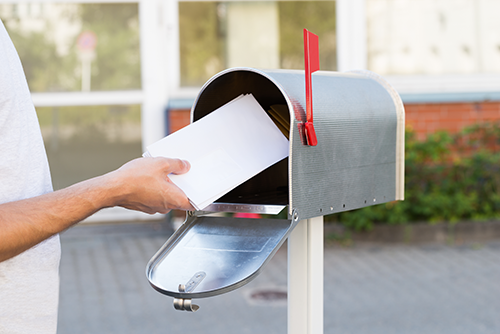 The COVID balance. There is a serious balance between opening our schools and paying heed to the virus danger.

Our children, who seem to be more immune to the virus, are suffering a huge loss in educational skills. There is also the factor of socializing, physical activity and nutritional meals.

The under served and the special needs kids must be served by our educational experts. I realize that the teachers and staff are at a greater risk, but there has to be a way to compromise in order to protect them.

I strongly hope that the superintendent and board can find that "magic bullet" for all our sakes.

What libertarianism means to me

When I told a friend the other day that I was a Libertarian, he questioned that by saying that Libertarians are nothing more or less than Republicans in disguise. His interpretation is shared by most Republicans and Democrats alike, but is an ill-conceived analysis of a political belief or party.

First, as a Libertarian I equate partisanship not as Democrat vs. Republican but as having differing views within one’s own party.

Take abortion for an example; I believe in a woman’s right to choose, it’s absolutely none of my business what she chooses to do with her body; I just don’t want to pay for it.

I believe in the 2nd amendment but I firmly believe a line must be drawn between common sense and ridiculousness e.g. an AK 47 is not a Musket.

I believe some drugs like marijuana should be decriminalized but not made legal.

I believe racism can only be resolved from one’s own heart and mind; removing monuments and changing names at airports is nothing more than a Band-Aid added to an ongoing problem.

The leading parties' platforms mandate it’s all or nothing with the aforementioned issues; leaving compromise and common sense totally out of the equation when debating these issues.

I am a Libertarian because I have liberated myself from the partisanship that exists within both political parties. My point is; don’t some intelligent and independently thinking Democrats feel somewhat the same? Can’t there be Libertarian Democrats as well as Libertarian Republicans?

Trump will get my vote

Kudos to the July 18 My Nickel's Worth comments by La Donna Fitzsimons of Redmond and Jared Black's guest column July 9. They both speak for me when stating the accomplishments of President Trump.

This president has accomplished more in his term of office than any other president during my lifetime and without the cooperation of Congress or even his own party at times. The media has vilified him like no other.

Like him or not, President Trump loves this country and has devoted 3-plus years to making it better. I am proud to give him my vote in November.

On July 15, in the midst of rising COVID cases and tourism, Bend City Council had the opportunity to make the decision to limit the latter by restricting lodging in Bend. This would have measurably reduced the flood of tourists coming from the locked down state of California (seen any CA license plates around town?). It may well have circumvented a citywide lockdown of businesses in Bend.

Instead, they decided to indulge in some magical thinking. They decided that if they asked nicely, tourists would cancel their vacation plans and stay at home in their locked-down cities.

While I am a fan of altruism, it is very apparent that during this time of tremendous stress and need for quality “down time”, altruism is as useful as wishing on a star.

So essentially the council has decided to use Bend and its citizens as guinea pigs in a poorly designed experiment of their own making; with no scientific method and no plan for statistical analysis. The city council is making a huge mistake and all of Bend will pay the price for their poor judgment.

In her July 10 guest column, Sue Ooten states her disgust with President Trump’s speech at Mount Rushmore, she would have preferred a lengthy diatribe about the mistreatment of native Americans starting with Columbus.

The activities planned by the White House for the fourth of July weekend were very different, a Celebration of America not a take down. Early settlers came here for freedom from tyranny, fought for their liberty and defeated the British. Our founders then led “a revolution in the pursuit of justice, equality and liberty”, later enshrined in the Declaration of Independence.

In his celebratory talk, President Trump gave us a brief history of the men immortalized on Mount Rushmore, four giants whose lives and achievements deserve to be honored: George Washington, general of the Continental Army, first president and “father of our country”; Thomas Jefferson, our third president and principal author of the Declaration of Independence; Theodore Roosevelt, known as the “rough rider” became president in 1901, he initiated the construction of the Panama Canal in 1904; and Abraham Lincoln, a poor country lawyer who rose to become the 16th president and led the nation through a bloody Civil War. Lincoln preserved the Union and abolished slavery.

Rather than bash the president over past injustices by long-dead generations, as Ms. Oosten does, I congratulate President Trump on his accomplishments- he pulled U.S. out of the Iran nuclear deal, secured the USMCA Trade Agreement, reduced costly regulations and created an historic economic recovery.

I will vote for the “Law and Order President” who puts America First and loves this country.