Redistricting testimony of our chair 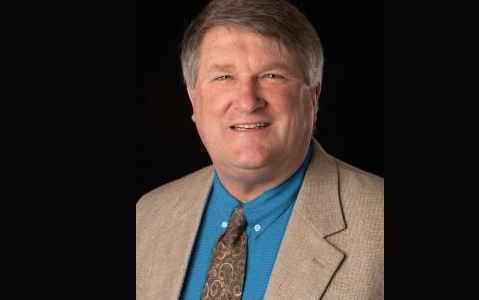 Thank you for your attention to this letter.

Deschutes County Republicans are shocked and disappointed by the blatant partisanship outlined in the Oregon Democrats proposed, Maps A and C, for Congressional and legislative redistricting. These new realignments will control politics in our county and others and the entire state for the next ten (10) years. If adopted as written, these will poorly serve the bi-partisan interests of Deschutes County and our residents -- as well as most of the rest of rural Oregon. They must be redone.

1) Legislative statutes require that all legislative districts – state and federal -- not divide “communities of common interest.” Yet the Democrat Congressional proposal (Map A) separates Bend and Sisters – and the land between them -- from the rest of Deschutes County and ties it all the way north and west into the Portland-based Congressional District 3 which includes the east side of Multnomah County, Gresham and touches the Willamette River on the east side of downtown Portland.

All of us that live in Central Oregon know that all Deschutes County communities are tied together by many common interests. Those includes connections of Deschutes County with Jefferson and Crook counties for things like public safety, health and transportation, as well as many civic and public needs. On the other hand, we have little or no connection to Portland and Multnomah County. Some of our area’s main regional issues tie into our massive federal land management challenges, outdoor tourism, water availability and agricultural policies. Those are not the challenges of urban Multnomah County. These are, however, important issues to counties throughout Eastern Oregon, which Deschutes County currently shares with them in the current Congressional District 2. Those connections within Eastern Oregon must be continued.

2) On a state-wide scale, Congressional districts also must be drawn to NOT FAVOR one political party over another. That is required by Oregon statute. Yet no less than four (4) of Oregon’s six (6) Congressional districts (including ours, containing Bend and Sisters) would tie into the Portland metropolitan area which votes heavily Democrat under Maps A and C. These 4 districts reach out like a political spider web; one strand to the North Oregon Coast, another to Yamhill and Polk Counties, another to Clackamas, Marion and Linn counties and ours which includes Hood River, Wasco, Jefferson and part of Deschutes County. A fifth Congressional district would center in Lane County, another liberal Democrat haven, if Democrats have their way. Oregon typically votes 40 to 45% for Republican-supported candidates. That would mean Republicans should have two, if not 3, Congressional Representatives. Let’s make that happen and protect our election integrity and bipartisanship. We can’t have Portland continue running everything.

As background, Deschutes County has 23 predominantly Democrat precincts, 22 predominantly Republican precincts and five (5) precincts which are closely balanced between D and R as of September 1, 2021. However, in the new maps all of the predominantly Democrat precincts are included in two districts, HD 53 and 54, while all or part of 15 predominantly Republican precincts are split off to be included in primarily Jefferson County (HD 59) and Crook County House (HD 55) Districts. By splitting Bend in half (north half and south half) the Democrats will politically control the politics of both of these two House Districts, 53 and 54. The favoritism is so significant that Republicans will have no chance to win.

As of September 1, 2021, there were 47,033 registered Democrats, 44,052 registered Republican, 58,775 NAV, Independent and Libertarian voters, and about 1,500 from other parties in Deschutes County. The idea that Democrats would control the election of the two primary Deschutes County House Districts and one Senate District is blatantly unfair to all of us living here. Please change these.

Thank you for your consideration.