Press Release: A Message From the Chair 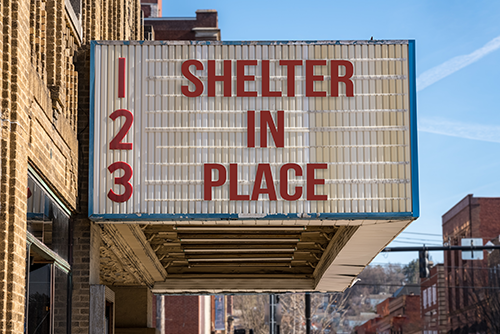 I have been watching the impact of our Governor’s shelter-in-place order and the shutdown of our economic activity on our county’s citizens over the last 8 weeks.

I have believed from the onset this executive order was illegal. The continued lockdown is no longer about the health of Deschutes County citizens, but about power and control at highest level of state government.

The Executive Order has been a direct attack on our unalienable right to life, liberty and the pursuit of happiness. The emergency powers exercised by the Governor are too liberal in their interpretation and implementation.

The Democrat-controlled Legislature has failed the citizens of Oregon. The suppression of our first amendment rights is one of the first steps needed to undo our constitutional rights and is a prelude to a socialist form of government.

I plead with all Oregonians to wake up and pressure the powers that be, to release the citizens of Oregon from this intrusive attack on our civil liberties.

What are the restrictions that Kate Brown has imposed?

She has limited our ability to assemble.
She has prevented us from moving forward on petition initiatives.
She has closed our schools and places of worship.
She has destroyed the ability of many small business owners to provide for their families.
She has forced thousands of hard working people out of work.

The state’s inept unemployment system has prevented people from collecting their benefits.

Her order has resulted in the cancellation of 3 major local gatherings, the Sportsman’s Show, the Home and Garden Show and now the County Fair.

This is an obvious attempt to preclude any opportunity to gather voter registrations, recruit party volunteers, conduct fundraising and most of all, the chance to talk face-to-face with the citizens of Deschutes County.

This no longer about our health. Word of mouth can be a powerful tool to move people to action. Can everyone see the pattern?