Do not resurrect the carbon tax 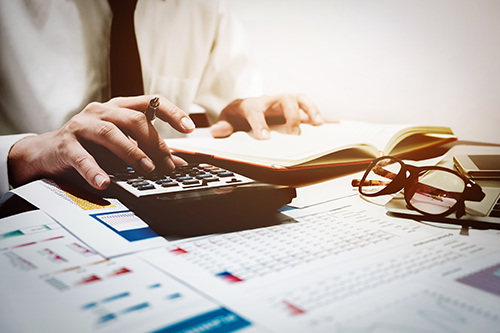 By Paul deWitt Democrat legislators in Salem, who have never met a tax they don’t like, are determined to pass the carbon tax bill, otherwise known as cap and trade. Having died in the last session from a combination of factors – the Timber Unity rally, the walkout of the 11 Republican senators to prevent a quorum, and the failure of the Democrat senators to muster enough votes among their own members – Democrats are trying to resurrect this moribund bill, like Lazarus from the dead, in the current short session.

Fortunately, the latest effort in the Senate to pass this execrable piece of legislation was stymied by another walkout by most Republican senators to prevent a quorum. Republican senators objected to the heavy-handed way the Democrats attempted to push the bill through committee in addition to the unsavory provisions of the bill that would prevent a referendum by Oregon voters, establish a huge bureaucracy to implement the law and fail to reveal the beneficiaries of Democrat largesse. Republican senators were induced with promises of jobs and other benefits to remain in the Senate. Even one Democrat, Betsy Johnson, had the courage to oppose the bill in committee. Nevertheless, Democrats will continue their relentless efforts to force this folly of a tax on Oregon businesses and individuals.

Cap and trade is ostensibly intended to reduce carbon emissions by punishing businesses and industries that produce carbon dioxide (CO2) while rewarding those that generate small or no carbon emissions. The idea is that the emitters have to purchase the right to emit carbon (pay a tax) while so-called “green” businesses can sell their carbon “rights” to emitters.

The proponents of cap and trade cite claims of human-caused global warming and climate change as the reason we need to reduce carbon emissions. The best way to do that, they assert, is by penalizing those companies that contribute to climate change by emitting CO2. Failure to do so will result in irreparable harm to the environment, according to such authorities on climate change as Alexandria Ocasio Cortez and Greta Thunberg.

Notwithstanding failed climate models and unrealized predictions of climate catastrophe, Democrats are undeterred in their efforts to roll out a new tax on Oregonians. It matters not that Oregonians have repeatedly expressed their opposition to new taxation. Our Democrat legislators are not going to allow voters to get in the way of additional revenues. After all, they have to satisfy their special interest groups with government handouts, especially the public employee labor unions to whom they are beholden. This was clearly demonstrated in the 2019 session when they passed the gross receipts tax, despite the resounding defeat of a similar measure in the 2016 election (Measure 97).

What will the carbon tax do besides enrich Democrat special interests? According to Phil Mote, director of the Oregon Climate Change Research Institute, cap and trade will have zero effect on the climate. The tax will, however, impact Oregonians by increasing the price of goods and services. Businesses will not pay the tax without passing on the increased cost to their customers, whether it is at the gas pump or in the utility bill. The Taxpayer Association of Oregon estimates an increase of 72 cents per gallon and 13% for heating bills if the carbon tax passes. California, which implemented a carbon tax, is now the state with the highest poverty rate in the country with many moving to other states. That is a price Salem Democrats are apparently willing to pay to enact this new tax.

Instead of trying to find ways to enhance state government coffers and redistribute tax revenue to favored interest groups, Kate Brown and Democrats should expend their energy looking for ways to reduce the impact of PERS and other examples of financial irresponsibility on Oregon’s fiscal stability. Brown and her legislative lap dogs cannot count indefinitely on President Trump’s booming economy to rescue them from their financial follies.