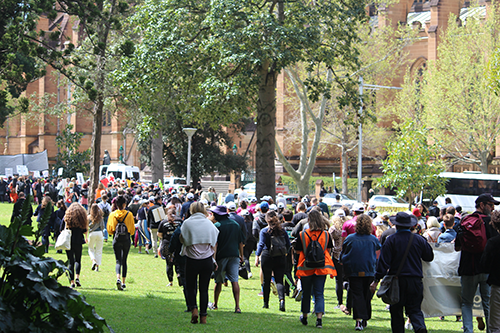 By: Paul Dewitte - The recent standoff between ICE and hundreds of Bend protesters illustrates how social justice warriors (SJWs) have decided that their feelings are more important than the rule of law. One expects far-left Democrat politicians like Gov. Kate Brown and Bend City Councilor Barb Campbell to make ridiculous assertions about the detention of two illegal aliens wanted for repeated...

... violations of immigration law and violent criminal history, but Deschutes County DA John Hummel embarrassed himself by his comments on the ICE actions and the resulting protest blocking the ICE buses.

On the heels of his endorsement of "drastic measures" following the death of George Floyd, Hummel tweeted that intervention by U.S. marshals to free the trapped ICE personnel as "unnecessary and outrageous ... I've never been so disgusted by my government."

Hummel, sworn to uphold the law and prosecute criminals, should understand that ICE agents were executing legal arrests. Contrary to the crocodile tears of SJWs concerned about federal agents "[taking] people from their families, from their job, from their friends, from their children for the crime of coming and working hard for a better life," as Campbell cried, the agents were targeting individuals who are repeat offenders and charged with multiple crimes. Trying to have it both ways, Mayor Sally Russell claimed she does not support ICE but acknowledged that both men have criminal records.

Hummel was not the only law enforcement official to embarrass himself. Bend's police chief, Mike Krantz, took pains to assure Bendites that BPD intended to follow state law prohibiting assistance to federal authorities on immigration law violations. In my opinion, the police chief and Hummel have clearly misread state law and have used it to try to nullify federal law, ignoring the fact that the sanctuary law cannot protect illegal aliens from apprehension for other crimes.

They have, in effect, turned Bend into a sanctuary for any alien who commits a crime and implicitly extended an invitation to Antifa and Black Lives Matter thugs to bring their violence to Bend, since disruption of federal authorities will apparently go unpunished.

According to DHS, the detained individuals were wanted on warrants for multiple offenses of domestic violence, previous deportations and repeated illegal crossings, but the popular narrative was to present them as innocent, hard-working family members of our community. Such a simplistic narrative disregards the very real offenses committed by these illegals and ignores the legal authority of ICE to apprehend and hold these illegals for additional charges.

Someone undoubtedly leaked the ICE plans to members of the community who assembled to block the ICE buses. This "spontaneous" action was clear interference with a lawful federal activity and was itself a criminal violation. As noted in an ICE news release, "Obstructing or otherwise interfering with a federal ICE arrest is a crime, and anyone involved may be subject to prosecution under federal law."

In the final analysis, this standoff is about the rule of law, the antidote to mob rule, and it must be applied equally if society is to function. It cannot be used to target political enemies as I believe was done by the Justice Department under Obama. Nor can it be ignored in the case of violent left-wing demonstrations exemplified by the wholesale release of rioters in Portland, causing state police to disgustedly leave the city. When Democrats want to use the law to punish political opponents while turning a blind eye to the excesses of Antifa and Black Lives Matter, or obstruct legitimate enforcement of immigration laws, we are on a slippery slope. There is little that stands between the rule of law and anarchy when the law is abused with impunity. Those who participated in or supported the obstruction of ICE agents, especially our elected public officials and local law enforcement, should be censured for their misguided sense of social justice which overwhelmed common sense and the public good.