Why I am a conservative 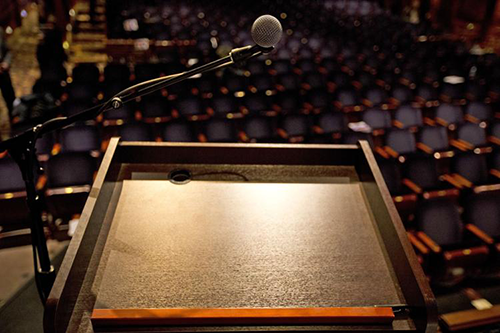 Dean Harris’ guest column titled “Why I am a liberal” gives a thoughtful attempt to summarize the basis for rights and the lengths to which we, as a society, should go to protect those rights.

This is spelled out in middle of the column where he states that our freedoms and rights are afforded to us by the pack (that we are a part of).

I believe this to be an error of significant proportions with a history of causing unprecedented human misery where put into practice. It is to this that I wish to respond and contrast with my own beliefs to show why I am a conservative.

When our rights become the conventions of the pack, what happens is rights end up being established by those pack members who can force their will on the rest of the pack. In Mr. Harris’ world, this would based on who can get the most votes, or elect the most politicians, or appoint the most judges to enact their agenda. But it doesn’t have to be votes politicians, or judges. It can just as easily be who has the most bullets and guns to shoot them with.

In other words, “Might Makes Right.” The pack has ultimate power with no checks, and the individual is powerless to resist. History is full of examples of people or groups operating under this assumption. In the 20th century alone, Stalin, Mao, Hitler, Pol Pot and a host of others achieved power this way. Millions died or lost everything as a result, making it one of the bloodiest centuries in human history.

Instead, I believe our rights have a transcendent, invariant and universal nature about them. They are true regardless of what the pack says, they are dependable and not subject to change, and apply to everyone. These qualities are necessary for rights that are truly inalienable, and for laws established to protect those rights to be truly lawlike. This defines boundaries and limits not only for the individual, but the pack, as well. It gives the individual a moral basis to stand against the will of the pack that may come to their door with the intent to deprive them of life or property.

The writers of the Declaration of Independence (many of whom helped write our Constitution) believed that all men are endowed by their Creator with certain inalienable rights including life, liberty and the pursuit of happiness. They believed that rights and laws flow from the character and nature of God. This was presupposed (self-evident) and not subject to debate. It gave a basis for rights that are truly inalienable, as well as laws that are truly lawlike. This is my belief.

Ultimately, the question you, the reader, is whether your rights and laws should be based on the conventions of the pack, or whether they flow from the character and nature of God. Mr. Harris and I have given two opposing views. But how do you as the reader decide which is correct? I would suggest that my view best comports with how we as human beings actually function. Additionally, the notion that rights are established by the pack (or herd, or mob, or whatever you wish to call it) cannot account for the rights we enjoy. Instead, it is a recipe for totalitarianism with a dark history.