John Hummel disgraced himself with his recent column, "Where Are My Patriots?" 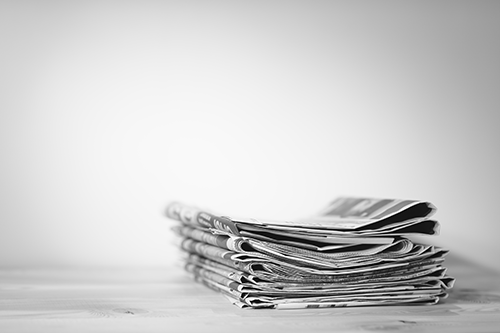 By Paul deWitt Editor's note: This column originally incorrectly listed Deschutes County District Attorney John Hummel's party affiliation. He is unaffiliated with a party.  In his June 1 column in the Bulletin, Deschutes County District Attorney John Hummel lamented that “respectful and rule-following protests” have achieved little for the “oppressed in our country.”

Hummel claims to be for law and order, and calls for “violence and vandalism to stop.” However, he asserted, “when pleas for justice and equality…go unheeded…drastic measures have to be taken.” The most astounding thing DA Hummel said is that the “stop” to violence “must be viewed as a pause” to give our leaders an opportunity to be “educated about the plight of the vast majority of Americans who…are not being given a fair shake.” A “pause” to the violence? That is all Hummel, an officer of the court sworn to uphold the law, is willing to request. If he and like-minded folks determine that measures taken in the wake of the killing of George Floyd are not adequate, a resumption in the violence will be acceptable? I find this line of thinking by a district attorney to be not only incredulous but inexcusable.
Hummel and other elected officials, including several Republican office holders, have been virtue signaling since the outbreak of protests and violence. HD 54 Representative Cheri Helt boldly and falsely stated that President Trump “has made our problems worse.” We want our elected officials to provide guidance and moral leadership in times like this. Nevertheless, when a crisis is used to grandstand or score political points, the charade has gone too far.
The idea that violence is acceptable because a disaffected minority is aggrieved is untenable. There are non-violent ways to resolve grievances. As Hummel should know, the legal system is established to do just that. The police officers involved in the death of George Floyd have been rightly charged for the crime. That should have been the end of it. Instead, Black Lives Matter and others on the Left found this crisis to be another opportunity to demonstrate their displeasure with the country and the President they despise. ANTIFA, identified by Attorney General William Barr and FBI Director Christopher Wray as an instigator of the violence, as well as other extremist left-wing groups are taking advantage of the protests for their own nefarious ends.

Hummel compared the current demonstrations and violence with the Boston Tea Party. Such a comparison is ludicrous. In that case there was a specific target and legitimate reason for the ire of the colonists. Unfair taxation and the heavy hand of British rule left the colonists feeling they had no recourse. While tea was thrown in the harbor, no one was killed, businesses were not indiscrimately looted and burned; the Revolution that eventually resulted was an answer to legitimate grievances against a tyrannical king. I’m sure Sam Adams, John Hancock and the Sons of Liberty would be surprised to learn that Hummel believes their actions justify the wanton violence perpetrated in the wake of the Floyd death.

The virtue signaling has gone on long enough. Protestors have made their point. The police officers responsible for Floyd’s death will be tried and, if found guilty, punished. Notwithstanding the words of our district attorney, violence serves no purpose other than to inflame tensions.

Perhaps underlying all the protests and associated violence is an attempt to further undermine the President. After all, earlier attempts to remove him from office have failed. The pandemic released upon the world by the Chinese Communists was used as a political weapon against Trump. It seems that the tragic death of George Floyd has turned into another weapon to be used against the President.

Hummel should be ashamed of himself for his callous disregard of the law, which he is sworn to uphold, in his implicit suggestion that violence is acceptable as a means of redressing grievances. There are more effective and legal ways to deal with societal problems that do not include riots, looting, burning and the killing of innocent bystanders and police. Paul deWitt is the former chair of the Deschutes County Republicans and lives in Bend.