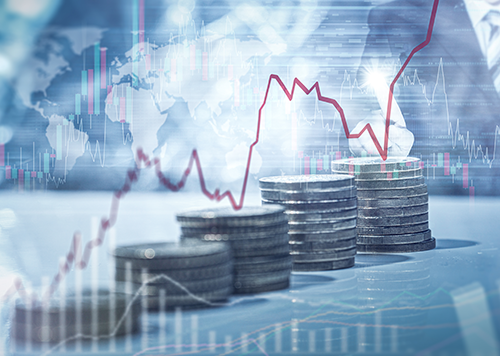 In the three years since Trump was elected president, the U.S. economy has experienced an economic revival unlike anything seen in over half a century. While Democrats and their friends in the mainstream media like to give credit to Obama for the recovery following the recession that started in 2007, and some even claim that he is responsible for its significantly better performance under Trump, they fail to acknowledge that it was the weakest recovery since WWII.

What are some of the Trump economic successes? According to the Heritage Foundation’s Stephen Moore, a key figure in the Trump economic brain trust and an architect of the 2017 tax cut, the following highlight the accomplishments under this administration:

The FY 2017 tax bill reduced tax rates across the board, in spite of Democrat and media claims that it benefited only the rich, with average household income rising about $4,000. In addition, the top 1% of taxpayers pay more than the bottom 90%, with a 37% share of income taxes.

When Trump came into office, he confronted a high corporate tax rate that drove businesses out of the country. He worked with Congress to reduce the corporate tax to 21%, resulting in many businesses relocating to the U.S. Trump also inherited an anemic recovery (14.9% increase under Obama vs. 29% average for other recoveries and 36% under Reagan).

Like Reagan in the ’80s, Trump followed the prescription of Democratic President John F. Kennedy, who said in 1962: “it is a paradoxical truth that tax rates are too high and tax revenues are too low and the soundest way to raise the revenues … is to cut the rates now.”

Is there a cloud behind the silver lining of this economic success under Trump? Spending continues to exceed revenues and the national debt is at $23 trillion. This level of debt is unsustainable in the long run, and both parties will have to come to an understanding that spending needs to be reduced. Both Medicare and Social Security will start running out of money if changes are not made to those programs or will absorb such a large share of the national budget that they will crowd out other spending programs, including national defense. Servicing the national debt (interest payments) will take an increasing percentage of the budget, especially if inflation rears its ugly head.

The Democrat prescription for the economy is to spend trillions on social welfare and climate change programs. Democrat presidential candidate promises are estimated to cost $100 trillion. These include massive restructuring of the economy to reduce carbon emissions, Medicare for all, free college tuition and welfare payments for illegal immigrants.

Democrats and their media aiders and abettors should consider that their misguided and unjustified impeachment obsession has done little to thwart this president’s accomplishments, all the more remarkable because of the headwinds created by Democrat obstructionism and refusal to cooperate with him. Speaker Pelosi held up the U.S.-Mexico-Canada agreement for over a year while the Democrats in the House focused all their efforts on impeachment. In their zeal to remove a duly elected president, they could end up killing the goose that laid the golden egg.

Paul deWitt lives in Bend. He is the former chair of the Deschutes County Republicans.