September 21 - Deschutes Republicans Round Up with Steve Cortes 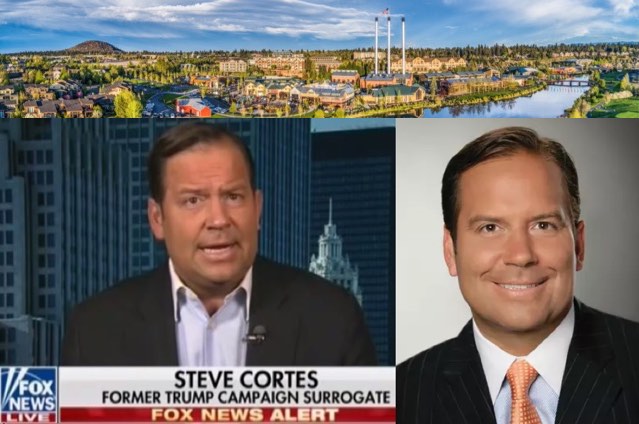 "The Economic and Culture War"

Here is small sample of of Steve's work...
PragerU Video (with 8 Million Views)
A Recent Segment on WarRoom
An in-depth interview with President Trump

America's prosperity and way of life face grave threats from the radical left. How can we successfully push back and win? Steve Cortes served as Senior Spokesman and Strategist for the Trump 2016 and 2020 campaigns. He was named to the White House Commission on Hispanic Prosperity.

Prior to entering politics, he traded global currencies and interest rates for 25 years for large international hedge funds.

He’s been an on-air broadcaster for CNBC, Fox News, CNN, and Newsmax and lives in Chattanooga, Tennessee with his wife and four children.

Steve’s former Fox News colleague Maria Bartiromo praised him as "a strong communicator who understood very early on what the people wanted."

We are in for a treat! Join us.