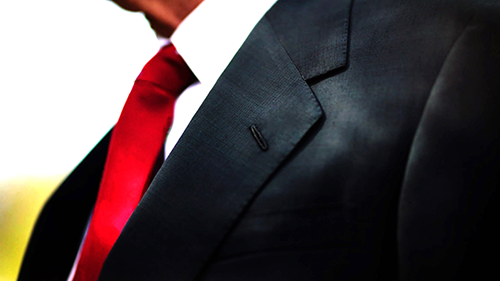 Presidents are often ridiculed by the media. President Johnson suffered slings and arrows for hiking up his shirt to show reporters his gall bladder surgery scar. President Ford was termed a clumsy oaf when he stumbled exiting a plane; his misstep was due to a knee injury suffered as a player on a University of Michigan championship football team.

The media claimed George H. W. Bush was out-of-touch because he appeared surprised about a grocery store checkout scanner; their interpretation of the event was wrong. They laughed at George W. Bush’s mangled syntax; his presidency was misunderestimated.

Those media attacks, however, are nothing compared to the vicious treatment President Trump receives. They say he lacks judgement, is inattentive, ignores staff advice, makes uninformed decisions, runs chaotic meetings and on the Wuhan virus he banned travel both too early and too late. Admittedly, some criticism is deserved. Donald J. Trump is rude, crude and unrefined. He uses twitter to scold and berate others. His persona is decidedly unpresidential, yet his first term has been consequential.

President Trump has had a dramatic impact on the judiciary with two confirmed supreme court justices and hundreds of lower federal court appointments. He has revised our North American trade agreement making it more beneficial to all parties. His challenge to China on trade is unprecedented; through those negotiations we have learned the unacceptable fact that 95% of our antibiotic medical ingredients are sourced from China. By demanding NATO members meet their financial obligations for their own defense, Trump effectively re-energized the moribund alliance. Several presidents have advocated moving the US embassy from Tel Aviv to Jerusalem but declined to act; Trump did. He favors ending the long 18 year Afghan war. Supporters of military adventurism, Kelly, Mattis, Powell and Bolton disagreed. They therefore decided that Trump is unfit to serve as president. Ignore that assessment.

President Trump’s administration has other accomplishments. Secretary of Education Betsy DeVos rescinded the Obama administration’s Dear Colleague letters that violated students’ constitutional rights. Yet more education work is required. In his book, The Breakdown of Higher Education, John Ellis spells out how universities have been corrupted by radical politics and are no longer devoted to scholarship. Faculties oppose the free exchange of ideas and aggressively impose their leftist politics. Radicalized university graduates become our K-12 teachers and are indoctrinating our children, Ellis claims. Many of the rioters destroying livelihoods and property in our cities today are products of these dysfunctional institutions. The president must support DeVos’ efforts to re-build our once-proud institutions of higher learning.

William Barr’s appointment as Attorney General may be Trump’s most consequential act.

Early in Barr’s tenure he caused a Democratic uproar by saying he believed Trump’s campaign was spied on. When he refused to release the full Mueller report, the Democrats threatened impeachment. They despise Barr because he is investigating suspected wrongdoing, which may implicate Obama administration operatives.

Trump is reviled by the Democratic party and the media partly because he denied Hillary Clinton the presidency and stymied the progressive socialist agenda. They find it implausible that voters chose Trump over Hillary. She had the experience and name recognition. Polls consistently showed her leading. Admittedly, there was a hint of wrongdoing regarding the secret email server, some untruths about Benghazi and perhaps dubious Clinton Foundation donations. But for some, the only plausible explanation for Trump receiving more electoral college votes than Clinton was election interference by the Russians. The Mueller investigation, however, showed there was none.

Donald Trump is the most effective but unfairly treated president in recent memory. He is opposed by the Washington establishment yet has instituted policies that are improving the lives of middle Americans and lifting the nation we love. I support his re-election.