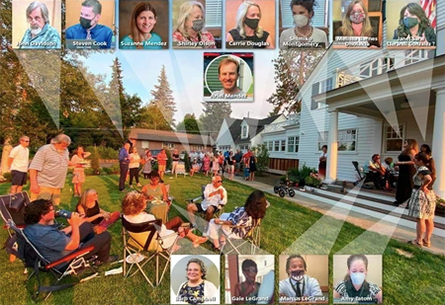 (The following blog post concerns events surrounding the recent actions by the Bend-LaPine School Board and originates from research by one of our Deschutes Republican leaders, Brandon Merritt. We thought many parents would be interested in this letter and its possible ramifications.)

Here is what we know:

On July 1, 2021, Dr. Steven Cook officially began his position as Superintendent of the Bend-LaPine Schools (BLS). By unanimous vote, the BLS Board praised Dr. Cook as the trusted “visionary leader… our community wants and needs (Carrie Douglass).” Less than two weeks later, and within a few mere hours after the July 13 school board meeting, he demonstrated that notion was premature. In fact, along with Dr. Cook, the entire sitting BLS Board proceeded to violate their oath to office, state laws, and humiliated our community. 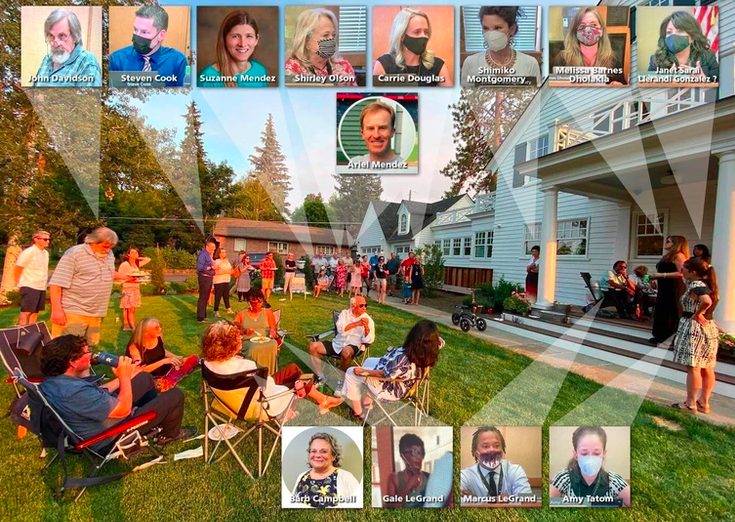 More than 100 parents and others gathered to voice their concerns about the school board members and the decisions they will make this year which will directly impact the children, the families, and the communities they were elected to serve. This is important as Oregon has left it up to local district administrations and school boards to decide how to implement guidance from federal and state authorities. Meanwhile, at this very same meeting, the board swore in its newly elected members as Oregon statute requires that elected and appointed board members must take an oath of office before assuming the duties of office (ORS 332.005).

This is significant because shortly after the official and public meeting, the entire BLS Board, Dr. Cook and several others attended an unannounced, private, and illegal meeting that not only broke their oath to office, but they also violated state statutes regarding Board Meetings (ORS 332.045), Quorum (ORS 332.055), Duties to be performed at meetings (ORS 332.057), as well as several questionable and ethical violations. “Most gatherings of the board of education are defined as public meetings under the law, and bringing together members of the board to discuss district business is subject to the Public Meetings Law (ORS 192.610-192.990).” It is a major responsibility of the board chair to know the rules and ensure that the board follows them (OSBA).” Thus, the onus here falls to last year’s chair Ms. Douglass, Vice Chair Mr. LeGrand, and Chairwoman Melissa Barnes Dholakia who ironically hosted the illegal meeting at her home. Along with the privilege of the gavel is the responsibility to abide by the rules…it is the basic formula required to maintain legitimacy, justice, and democracy. They know better and intentionally failed the community. This is an irrefutable fact.

· A majority of the members of the district school board constitute a quorum.

· A "quorum" means …Four members of a seven-member board.

· A board meeting occurs when a quorum is present to gather information or decide or deliberate on any public matter.

The law specifies the following:

· All meetings of public governing bodies shall be conducted in public unless specifically exempted.

· No quorum of a governing body may meet in private to decide, deliberate on, or gather information on which to deliberate, toward a decision on any matters except those exempted by law. (Board Policy BD/BDA)

To complicate the matter even further, there are individuals who attended the illegal meeting which alludes additional ethical violations. For example, John Davidson appeared at the official BLS Board meeting and gave public testimony while wearing a mask. He is later seen in attendance at the illegal meeting, without a mask- his presence only further implicates the magnitude captured in a single photo.

Additionally, Dr. Suzanne Mendez, is a pediatrician and pediatrician hospitalist. She spearheaded a public letter along with 29 signatures of local doctors to not only defend mask wearing in the schools, but also to influence the decisions of the BLS Board. Dr. Mendez is a personal companion to Amy Tatom who proudly read aloud Dr. Mendez’s letter during the official board meeting. Ms. Tatom emphasized that she was reading Dr. Mendez’s letter because she was unable to attend the school board meeting herself, yet there she sits at the illegal meeting captured in the photo. It is simply dumfounding that any oath bearing board member would congregate with a subject matter expert in such a setting- let alone ALL of them. The reality of Dr. Mendez in the group photo not only dilutes her professional credibility, but it also veers her public testimony flaccid. Moreover, to add to Ms. Tatom’s affinity towards nepotism, her husband Oliver Tatom (not pictured) is a sitting board member for COCC and several other boards. He made a public endorsement for Mr. LeGrand’s BLS Board campaign. While this alone is not a concern, the fact that his wife is a current BLS Board director; and that as a newcomer, Mr. LeGrand was voted as Vice Chair of the BLS Board tends suspicion of a conflict-of-interest violation. Such an overreach is discouraged and circumvented in ethical circles.

Last but certainly not least, AND to add to the audacity of this illegal meeting, Barb Campbell, a Bend City Council Member and Ariel Mendez (husband to Dr. Mendez) of Bend Parks and Rec, are both elected officials and can be identified in the photo. The more this photo is examined, the more interlaced the nepotism web becomes. Call it any creative label one fancies, the circumstances which surround the meeting in the photo are illogical at best. Especially given the roster of community power boasted as leaders within the Deschutes County Democratic Party. In a group of roughly 30 people, 9 elected officials are identified, a superintendent and many other professionals—it is simply inconceivable that no one had the sense to consider the implications or the morality to call it out. But this dizzying intellect is not new, rather it is a trend commonly portrayed by Democratic Leadership. For example, Nancy Pelosi, Gavin Newsom, and Oregon’s very own Secretary of State Shemia Fagan have all been photographed defying mask mandates, thus the trend to cover-up rather than clean-up.

Fortunately, the Deschutes County Democrats have already posted the consequences they see fit for those who violate their oath of office… “expulsion…resignation” or a recall… here we can celebrate true solidarity.

Dr. Cook is not exempt from responsibility and equal accountability is warranted for his compliance and attendance at the illegal meeting. With more than 30 years of public education experience, including a Doctorate of Education Leadership and Policy Studies, his awareness that there are state laws which govern school boards is a reasonable expectation within the scope of is knowledge. Furthermore, a man who holds such esteemed accolades IS also fully aware that there are consequences to bear when laws are violated. As such, one can only imagine his reasoning, his judgement and ultimately his decision to violate Oregon State Laws while attending Chairwoman Melissa Barnes Dholakia’s $3,881,800.00 home during an unofficial, illegal, and unethical meeting.

The problem here boils down to trust. How can the community trust a man when in less than 13 days after starting a new leadership position, his morality swayed away from his basic obligation as Superintendent? He has already granted public apology and admitted personal failure for the “circumstances surrounding the district’s mishandling and late action on racist vandalism” while he was Superintendent at his previous school district.

He that deceives me once, it’s his fault; but if twice, it’s my fault-- The children, the families, and the constituents of Bend-LaPine School District deserve better… a second time apology will not suffice … here resignation is appropriate.

Oregon’s open government laws are there for a reason—to promote democracy and transparency. Oregonians have a right to know how their government works, this includes school boards. There is simply no justification for the actions of the entire school board and the superintendent. Rather than exemplify leadership by merits of abiding by their oath of office and the law, the BLS Board, exercised nepotism and abuse of power. Nepotism or cronyism is the unfair use of power in order to get jobs or other benefits for your family or friends- it is the oldest form of institutional corruption that erodes trust, weakens democracy, exacerbates inequality and social division. Unfortunately, it is as an issue that has continued to plague the political sphere. While constituents are distracted with political theater, business is usual is conducted behind closed doors. This is not a partisan issue rather it is an opportunity for we the people to call a ‘spade a spade’ and demand that our public officials be held accountable. More than ever trust and transparency is needed. This requires that the public is always watching and waiting to see how well officials uphold their responsibilities of governance and oversight. With the privilege of our vote and the honor of our First Amendment rights, we share in the responsibility moving forward.